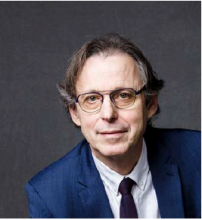 Born in 1957, Alain Schuhl is currently the Deputy CE0 for research of the CNRS. He coordinates the activities of the ten CNRS Institutes, promotes interdisciplinarity, and organizes partnerships on the regional, national, European, and international levels.

After physics studies at the Ecole Normale Supérieure in Paris, he obtained his PhD in condensed matter physics in 1980. Specialist of the magnetic properties of matter, he devotes then the major part of his scientific researches to the fundamental and applicative aspect of spintronics, first as researcher during 12 years at Thales, then as a professor at Nancy university and finally at Grenoble university. Also involved in science management, Alain Schuhl was director of two research laboratories in Grenoble, SPINTEC from 2007 to 2010, and Institut Néel during four years and director of the Physics Institute of the CNRS from February 2015 to April 2018.