Since its inception in 1990, GCSE has advanced the use of evidence and knowledge to inform decision-making by government at all levels and across all sectors, with a specific focus on complex environmental challenges facing society. GCSE leads work that uses science to effectively harness local action for global impact. GCSE is a nongovernmental organization with a long standing reputation for nonpartisanship.

GCSE works collectively with its community and engages scientists, educators, policymakers, business leaders, and officials at all levels of government to strengthen the role and increase the use of science in decision-making. GCSE was formerly the National Council for Science and the Environment (NCSE). GCSE is a 501(c)3 nonprofit organization based in Washington, D.C.

The work of GCSE spans boundaries between science and decision-making to strengthen the impact of durable solutions to environmental challenges. The organization specializes in programs that foster collaboration between the diverse institutions and individuals creating and using environmental knowledge across all sectors. The work of GCSE aims to: 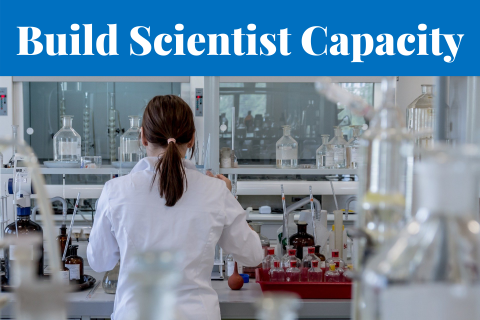 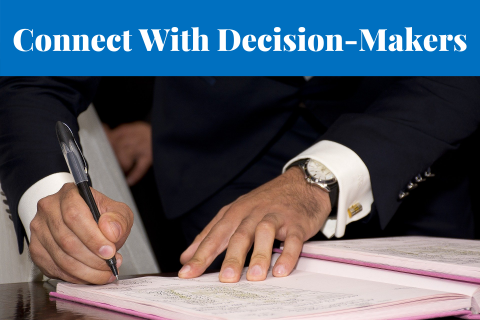 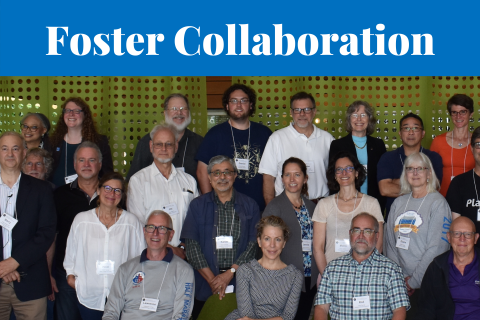 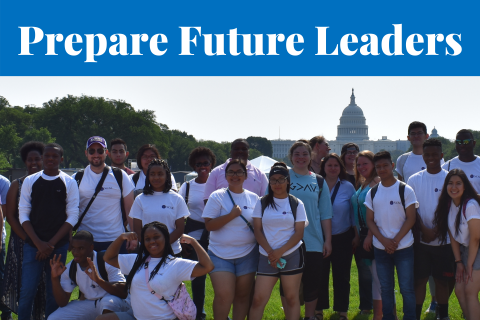 The Beginning: Committee for the National Institute for the Environment (CNIE)

CNIE brought together a diverse constituency through education and outreach to endorse the NIE concept, including 284 universities; 84 scientific professional societies and academies of science; the U.S. Chamber of Commerce and 35 other business groups and chambers of commerce; 17 organizations representing state and local government, including the National Association of Counties and the U.S. Conference of Mayors; 50 national and regional environmental groups; and three former administrators of the U.S. Environmental Protection Agency, all whom served as former EPA science directors prior to 1993.

In 1997, CNIE persuaded Congress to direct the National Science Foundation (NSF) to study the creation of an NIE. Accordingly, the National Science Board (NSB), NSF’s governing body, created a Task Force on the Environment. The Task Force's interim report, "Environmental Science and Engineering for the 21st Century: The Role of the National Science Foundation," which was approved by the NSB on July 28, 1999, recommended a bold initiative with a funding target of an additional $1 billion per year to implement nearly all of the activities proposed for the original NIE. On October 27, 1999, CNIE publicly declared its endorsement of the NSB report in a statement to its supporters that declared, "The CNIE strongly supported full funding and effective implementation of all of the NSB's recommendations in an integrated fashion."

Furthermore, CNIE suspended the call for the creation of a National Institute for the Environment to work in support of the NSF initiative. This endorsement altered CNIE’s mission to simply "improving the scientific basis of environmental decision-making." On January 27, 2000, CNIE also changed its name to the National Council for Science and the Environment to better reflect this mission and adopted a new strategic plan to implement those NIE-related activities, which the National Science Foundation could not.

Spanning Boundaries Between Science and Decision-Making: National Council for Science and the Environment

From 2000 to 2020, NCSE continued the work of CNIE in service to science and the environment. The first NCSE Annual Conference took place January 27-28, 2000. At this inaugural event, NCSE initiated the John H. Chafee Memorial lecture in honor of the late senator from Rhode Island. In 2001, NCSE began awarding the NCSE Liftetime Achievement Award to recognize exceptionally meritorious contributions to science and the environment. Beginning in 2010, NCSE released a series of reports providing analysis on national trends in environmental and sustainability education and research.

GCSE released "Climate Science Research in the United States and U.S. Territories: Survey of Scientific Publications From Selected Public Universities (2014–2018)" in November 2019. The report provided a snapshot of the scope and focus of climate science-related research in selected public research institutions over the last five years across all 50 states and U.S. territories. NCSE also began to develop a portfolio of activities focused on collaborations between scientists and decision-makers to achieve a more resilient future.

Harnessing Local Action for Global Impact: Global Council for Science and the Environment

In January 2021, NCSE became the Global Council for Science and the Environment (GCSE). The most urgent challenges of today are not limited by geographic borders. The new name highlights the organization’s focus on effectively harnessing local action for global impact.

The blue orb of the logo symbolizes our common planet, the subject of our environmental mission. The nodes and connections within represent our diverse membership and community, and the collaborative nature of our work and leadership. The logo was designed in 2017 by Rob Vance and Sumedha Rao.