How Youth Are Reinvigorating the Environmental Movement

A half century ago, the United States faced a collective crisis: rivers caught fire, oil spills covered swaths of ocean, and injustice and inequality pervaded every corner of America. Faced with these challenges, we discovered the power of a united front. We broke down barriers and came together to fight for a more just, sustainable future, shattering the status quo. Activists organized the world’s first Earth Day, people took to the streets, and politicians passed national environmental legislation.

Much of this success was brought about by youth mobilization. The first Earth Day, which launched the modern environmental movement, was largely organized and attended by young people fed up with inaction. Today, our passivity is allowing climate change to wreak havoc around the world. We’re facing longer droughts, fiercer hurricanes, and rising seas, among other challenges. The ecological and health costs of a warmer planet are staggering.

Fortunately, we see the same energy that defined activism 50 years ago coming from young people in today’s environmental movement. Environmental organizations, as well as youth-led organizations like Zero Hour, Earth Uprising, and Fridays for Future—all started by high schoolers—have formalized this movement, providing a platform for countless young voices to be heard.

Though the coronavirus outbreak prevents us from physically taking to the streets this Earth Day, we must still rely on the energy, ingenuity, and passion of young people for the 50th anniversary of Earth Day. It is with this spirit and conviction that we announced EARTHRISE as Earth Day goes digital worldwide. EARTHRISE is a global digital mobilization that seizes the power of actions big and small with voices of all kinds, to issue a demand for bold action for people and the planet. Over 24 hours on April 22, EARTHRISE will fill the digital landscape with global conversations, calls to action, musical performances, video teach-ins, and more. EARTHRISE will connect individuals around the world in this shared fight for a healthy, safe, and sustainable future for all.

And as much as we need people using their voices online, we need voters at the polls, too. Students can lead us into a sustainable future with their voting power—we just have to listen to them.

From Individual Action to Mass Mobilization to Policy Change

Student activists are using individual motivation as a launchpad for collective action, a common refrain of the environmental movement. Individual actions—going vegan, taking public transit, skipping flights—help shape culture and create more eco-friendly consumer preferences (if enough people favor plant-based alternatives over meats, grocery stores and companies notice). But they are only one part of the solution.

To create real change, we need to merge these individual actions into mass mobilization. The youth movement has done just that with the global climate strikes and coordinated weekly striking, and they will continue to do so in the coming decade. There is no better space than college campuses for mobilizing the passions, intelligence, and voices of the youth movement. Students are realizing the importance of eco-conscious behaviors earlier, and it’s influencing college decisions. One Princeton Review survey found that over half (54%) of college applicants said that environmental issues are a big factor in their decision-making process. Another 7% said a school’s environmental standing is one of the most important factors in their college decision.

The campus setting not only provides a physical space for inspired young people to assemble—it also provides an intellectual space. After the first Earth Day, sustainability in colleges became a prerequisite value, ingrained in higher education. Today, 98% of Princeton Review’s 2019 Top 50 Green Colleges have a sustainability-focused major or degree, and 100% of these colleges have a sustainability officer. The innovation and organizing capacity of students cannot be underrated, and college campuses provide the necessary structure to capture the rolling momentum of today’s climate movement.

That’s why Earth Day Network’s MobilizeU program is working with everyone, from students on up to administrators and university presidents. MobilizeU is Earth Day Network’s college-outreach campaign that unifies and amplifies campus voices around the world. The campaign also recruits motivated students to become MobilizeU ambassadors, providing them with resources to make a difference on Earth Day both locally and internationally. Additionally, MobilizeU encourages university leaders to join Earth Day Network’s Green Campus Network as a way to commit to campus-wide, long-term sustainability. By unifying universities and students, we can create a collective voice that cannot be ignored.

We hope that this collective voice will carry forward to policy change. In addition to launching the modern environmental movement, the first Earth Day led to a cascade of environmental legislation: the Clean Air Act, the Clean Water Act, the Endangered Species Act, and the establishment of the Environmental Protection Agency. 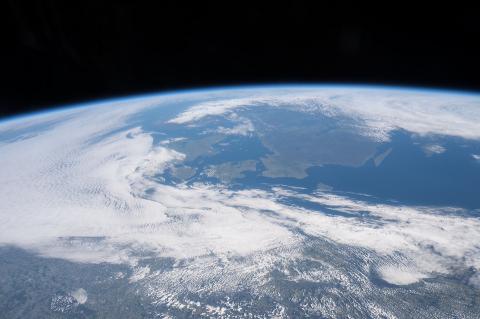 To create meaningful change, we need to apply that same ambition to policy today. The year 2020 could be a turning point worldwide: 65 major elections, including the U.S. presidential election, will take place in 2020. Young people make up a big portion of this electorate and we should all exercise our right to vote.

April 22, 2020, marks the 50th anniversary of Earth Day. Now, more than ever, we need to build a future that restores our Earth and unifies our global community. That future starts with young people.