In recent years, the concept of sustainability has emerged as a powerful and imperative notion that is fast becoming front and center of several debates concerning economic growth, social development, and environmental challenges. With a rapidly changing climatic landscape coupled with major natural disasters around the world, the need for more sustainable development, infrastructure, and increased resilience is vital.

The term resilience was first and most prominently defined in the field of ecology, particularly in the context of ecosystems and their sustainability. It was initially defined as the ability of a system to return to its equilibrium state after a temporary disturbance, commonly equated to the concept of stability[1]. This definition then expanded over time to account for flexibility, and the ability of a system to absorb change and find a new equilibrium, not just resist, where “resilience is essentially the capacity of a system to absorb disturbance and re-organize while undergoing change so as to still retain essentially the same function, structure, identity, and feedbacks”[2] (Walker Holling, Carpenter, & Kinzig, 2004).

Taking this a step further, the definition of resilience evolved into being more multi-dimensional by expanding it beyond just the capacity to absorb to the capacity to adapt, learn, and self-organize, where “in this view, resilience goes further than being persistent or robust to disturbance, but also includes opportunities that disturbance opens up in terms of recombination of evolved structures and processes, renewal of the system and emergence of new trajectories”[3] (Doorn, Gordoni, Murphy, 2018). This is often referred to as socio-ecological resilience, bringing in the human and community aspect closely linked to the ecosystems in which they exist. Particularly in the context of disaster management, the ability to adapt and continue to function for communities is vital and forms the cornerstone of social resilience.

The link between social and ecological resilience not only provides a bridge where science and policy intersect but also a platform to understand how societies and ecological systems are deeply dependent on one another, particularly in instances where communities depend on environmental resources for their economic livelihoods. This connection also begs the question of social vulnerability, especially in the context of environmental change, and how susceptible and exposed a community is to a ‘stress’ caused by a physical environmental occurrence, where stress is defined by an adverse effect on the livelihoods and security of a community and individuals, bringing with it a forced need to adapt and persevere[4].

Bringing these concepts together, social and community resilience can be more closely defined as:

“A community’s capacity to ‘bounce forward’ following an adverse event such as a disaster or crisis. The bouncing portion of this resilience metaphor represents a return to a pre-crisis baseline level on one or more measures (e.g. well-being, functioning) following a temporary disruption in those variables caused by the adverse event. The forward component of the resilience metaphor represents the passing of time that occurs and is necessary for the return to baseline. The forward element also captures the reality that the return to baseline is not simply a return to how things were before the event, as it includes adjustments to a new reality that has been shaped by the event”[5] (J. Houston, 2018).

After a major environmental disaster hits, the response is not only top-down, where formal institutions and emergency aid relief efforts come into play, but also bottom-up where the vigor of social capital and behavior is on display as seen by neighbors helping one another, strangers opening doors to those in need, and coming together in the face of a crisis (J. Houston, 2018). While the former is highly documented and captured, the latter is taken as secondary and not understood in the full extent of how important it is in mitigation and the overall resilience of a community. 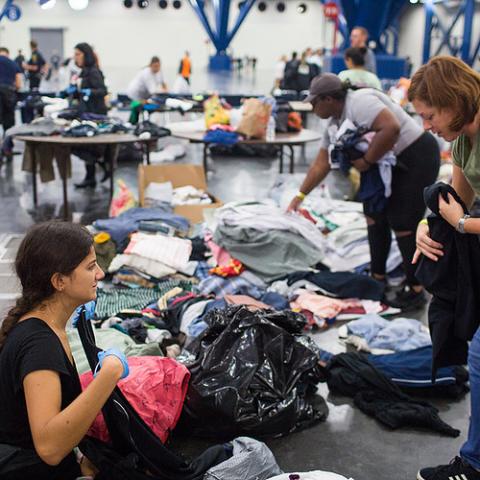 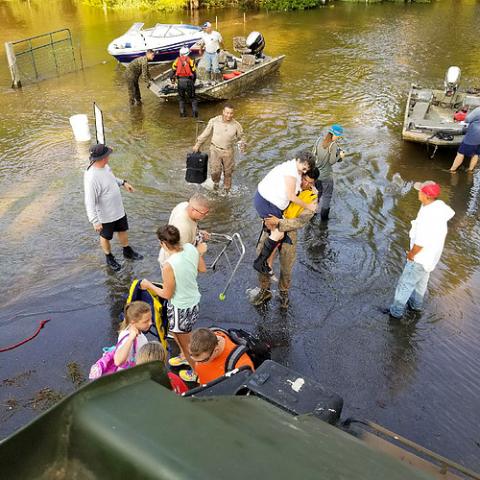 Whether in a developed country or a developing one, the aftermath of a disaster often calls into action the strengthening and improvement of physical infrastructure and engineering to make it more resilient to future catastrophes. Communities residing in disaster prone areas are encouraged to take steps to increase material resilience of their homes and surroundings, authorities act to reinforce river banks, and the foundations of buildings are reassessed and made more resilient to face potential disasters. However, the investment in building social capital, strengthening social networks and cohesion to improve the fabric of trust, and bolstering upward relationships of communities to those in positions of authority are still lacking.

Social capital has been defined in various ways in scholarship literature over time and adopted by several disciplines to explain community dynamics. Largely, social capital is understood as good will, trust, norms, fellowship, and social cohesion within a community and is expanded to involvement in groups, and like other forms of capital, as an aggregate of resources in a network which can provide positive externalities to individuals in it. In the context of environmental disasters, Nakagawa and Shaw (2004)[6] underline that “social capital is a missing link to disaster recovery” and that networks have been incorporated inadequately in studies of governmental involvement in disaster recovery processes. Vallance (2011) similarly concludes that social capital plays an important role in the recovery process of communities and that it adds to their resilience[7].

In a post-disaster recovery context, communities with high levels of bonding social capital often fare better as this network most often serves as first responders and bridging social capital accelerates recovery quicker than reliance on purely state measures by opening up resources and information for people in the short and long term for recovery including emotional and psychological support. Additionally, Aldrich and Meyer (2014) note that “ties to social organizations provide both connection to an organization that can provide support through institutional channels (e.g., a church collecting money for a family in need) and potential informal ties to individuals who may not be accessible through bonding social capital (e.g., friendships developing between church members from different socioeconomic backgrounds)”.

The number of NGOs, clubs, and social groups also positively correlate to post-disaster population recovery. Social cohesion coupled with social capital increases the spirit of volunteerism and trust, pushing some communities to recover better than others, regardless of financial resources. For instance, in the aftermath of Hurricane Katrina, following the recovery of a low-income Vietnamese immigrant community in New Orleans, it was learnt that “the tight-knit Village de L’Est was able to return and rebuild more efficiently than less damaged and richer neighborhoods based on both bonding social capital and the role of the Catholic Church in the community [bridging social capital]. Particularly, the local church was able to share goods that supported coordination in the community for recovery and political action to protect the area from outside redevelopment and zoning changes” (Aldrich, Meyer, 2014).

Perhaps it is the largely unquantifiable nature and lack of metrics that do not fully capture the importance and need to invest in social resilience, bringing the far more obvious nature of engineered resilience to take center stage in disaster recovery and resource allocation. However, as the earth and communities that inhabit it are continually faced with increasing environmental catastrophes, attention is being drawn to investing in social institutions and strengthening social networks alongside the physical and natural to create a more robust framework for sustainable infrastructure and resilience as we move forward.

The content, views, thoughts, and opinions expressed in this essay belong solely to the author, and do not reflect those of the author’s employer, organization, or other affiliated groups or individuals.