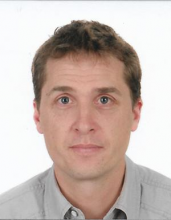 Olivier Dangles is the Deputy Chief Science Officer in charge of Sustainability Science at the French Research Institute for Development (IRD). His research, firmly rooted in an interdisciplinary approach to sustainability science, focuses on the response of biodiversity to global changes, both in natural and anthropised ecosystems, mainly in the tropical Andes. He has been an associate researcher in several foreign universities since 2006 (Pontifical Catholic University of Ecuador, Universidad Mayor San Andres of Bolivia, Cornell University in the USA), and is currently based at the Centre for Functional and Evolutionary Ecology (CEFE), where he co-directs an International Joint Laboratory between Ecuador, Colombia and France. His work has been the subject of more than 150 scientific publications, five books and numerous scientific communications.