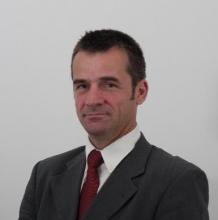 Stéphane Raud joined the French Embassy in Washington as Scientific attaché in Septembre 2018. He was General Director delegate for the Institute of Research for the Development (IRD) and was then in charge of technology transfer, industrial partnership, capacity building, training, european collaborations, scientific and technology culture and communication. Previously, Stéphane Raud has been the Director of the technologies transfer department of IRD and also president of CVT Valorisation-Sud, an inter-institutional organization dedicated to technology transfer, in relation with developing countries. Starting in 2004, he also represented the French Ministry of Research as “Regional delegate for science and technology” (DRRT), in charge of the south east part of France, based in Marseille. Holder of a Ph.D. in Materials Science, Stéphane Raud has conducted several research projects in France (Poitiers University), in California (CALTECH) and with a private company (USINOR SACILOR), in the area of thin film technologies. He then spent 6 years with PHILIPS Industrial Electronics as European Product Manager and managed industrial marketing strategy, to promote analytical research equipment. Stéphane Raud then joined the Ministry of Foreign Affairs as Scientific Attaché, based at the French Consulate in San Francisco and then in Tunis (Tunisia). Involved with science diplomacy, his mission was to initiate, to foster and to promote scientific relation and collaborations between France and his hosting country.